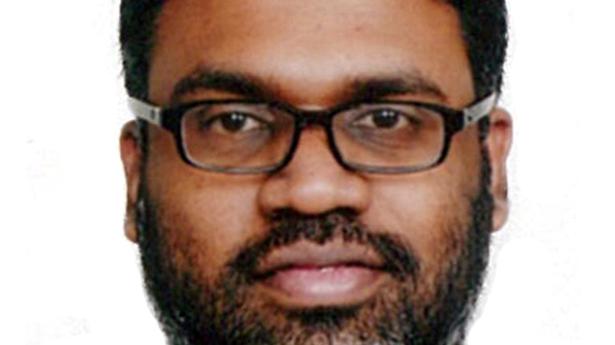 A scientist from Jubilee Mission Medical College, Thrissur has made a breakthrough in drug research for Alzheimer’s disease (AD), one of the most common progressive neurodegenerative diseases affecting older people.

Dileep Vijayan, Computational and Structural Biology Laboratory, Jubilee Center for Medical Research, Thrissur, has made progress in research in association with scientists from RIKEN, a Japanese research institution.

Although the pathologies of AD have been well studied, the treatment has been very difficult due to the scarcity of the number of drugs. Tacrine, the first marketed drug for AD, reversibly inhibits the enzyme acetylcholinesterase (AChE). AChE is an enzyme involved in the rapid breakdown of the neurotransmitter acetylcholine, thereby promoting AD.

However, due to its hepatotoxicity (liver damage), tacrine was taken off the market. Still, tacrine is being used as a potential starting point for designing a highly effective anti-AD drug without hepatotoxicity, according to Dr. Vijayan.

Molecules that inhibit AChE are of pharmacological importance because they can be used for the treatment of cholinergic deficits (attention and cognition disorders) in neurodegenerative disorders such as AD.

Current research by Dr. Vijayan and his team has unraveled this mystery. Collaborative research uncovered the atomic-level binding mode of tacrine with human acetylcholinesterase. The results of their research have been published in the journal owned by Elsevier International Journal of Biological Macromolecules.

Dr. Vijayan and his group now anticipate that their research could bring new dimensions to drug discovery for Alzheimer’s disease. With financial support from central government agencies such as the Department of Biotechnology and the Spice Council, Dr. Vijayan and his team are now trying to develop potential drug molecules for AD.

Alzheimer’s disease imposes a heavy socio-economic burden on society due to the increase in the number of patients. Based on available facts and figures, the International Alzheimer’s Federation has predicted that the number of AD patients will be 131.5 million by 2050.