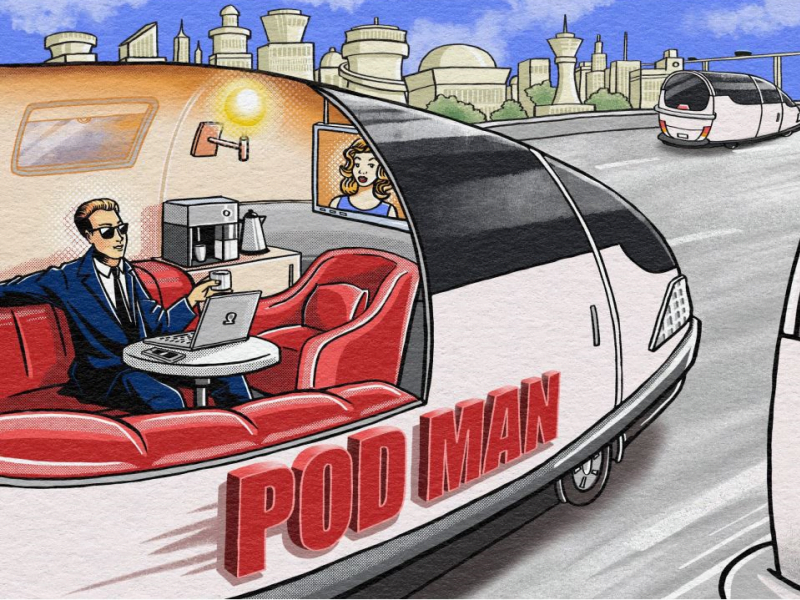 An analysis of the industry and Government reports on the future of automated vehicles have found that they promote benefits that can exclude multiple socioeconomic groups and can entrench traditional gender roles, according to researchers at Monash University.

The article found that political and industry reports tend to assume that “future car-dependent automated cities will be efficient, safe, sustainable and equitable”, according to lead author Dr Emma Quilty. However, she says these technologically deterministic assumptions are idealistic and can exclude multiple socioeconomic groups.

“Politicians or decision makers need to be more critical of pursuing this future at all costs while overlooking less utopian, but more achievable and inclusive alternatives…that’s the problem with technological determinism, it’s that technology is at the heart of it [rather than people]said Dr. Quilty.

According to the analysis, an automated and electric future is seen as inevitable in reports published by consultancies and the government.

Dr. Quilty draws on the definition of technological determinism developed by Evgeny Morozov and considered its pervasiveness in his analysis. The ideology reduces complex social and political problems, such as transportation, to “well-defined problems with definite and computable solutions, or to transparent and obvious processes that can all be easily optimized if only the right algorithms were in place. “, according to Doctor Quilty.

She says that solutions based on technological determinism tend to be individualized, which “avoids systemic reform and degrades our awareness of the context in which we live.”

Researchers analyzed the content of 60 industry and policy reports published between 2015 and 2021 to identify key trends and claims regarding automated decision-making (ADM) in vehicles and mobility. Of the reports, 46 were written specifically for Australia, while 14 had an international focus.

The first archetype is known as the Pod Man, a professional, able-bodied, and often male passenger who travels alone in an autonomous electric vehicle with no complications of gender, ethnicity, class, race, or race. ability or disability. family responsibilities.

Building automated vehicles around the Pod Man leads to the design of autonomous vehicles that “turn your wasted commuting time into profitable new work time and turn it into a second office,” Dr. Quilty said.

Family Man is the second archetype visualized in the report. He sits in the front of the automated vehicle, liaising with his digital voice assistant to direct Internet of Things devices in the vehicle and at home, while his wife is pictured as the primary caregiver.

The report says this highlights the problems of traditional family and gender roles, data privacy risks and hyper-individualisation, in future transport automation. He notes that Family Man and his wife are separated physically as well as by the activities they are involved in as the digital assistant serves as a second “smart wife”. He also worries that data from digital assistants could be used by insurance companies to influence people’s lives.

Student Man is the final archetype represented. Young and digitally literate, with access to subsidized travel through shared mobility apps, the male student is seen as the ideal consumer of ‘mobility as a service’. This representation considers that the student already has high levels of digital and financial literacy before going to university.

Highlighting the relatively high cost of ride-sharing services, such as Uber, in the image draws attention to the potential to punish people who have no choice but to use cheaper forms of transport. effective due to access issues such as disability or geographic location.

Analysis of the articles revealed that industry and government documents do not include considerations of how to engage historically disadvantaged groups, especially since early adopters of automated vehicles are expected to be an “elite urban” with high levels of income, education and mobility, according to the paper.

The crowded image also aims to demonstrate the problem of overchoice, the idea that increasing the number of choices for people can make people feel anxious and less satisfied.

Given the similarities in the language used by consultants, government and leading industry bodies, there is a need for more diverse voices in the transport sector, Dr Quilty said.

“We need more women, more gender diversity, more people with different abilities in leadership positions, not just figurehead positions, but we need them to bring their perspectives. and their experiences in planning, design and decision-making processes,” said Dr. Quilty.

“We need more collaboration with them during all this policy development and better analysis of the different types of gender needs in cities, because when we talk about transport, we also talk about design of the city, it is difficult to disentangle them from each other.”

Above all, Dr. Quilty wants to avoid “this academic trap of always being the opponent and super-critical type”. She thinks hope and optimism are extremely important and said they are at the heart of what the ARC Center of Excellence for Automated Decision Making and Society does.

Do you know more? Contact James Riley by email.