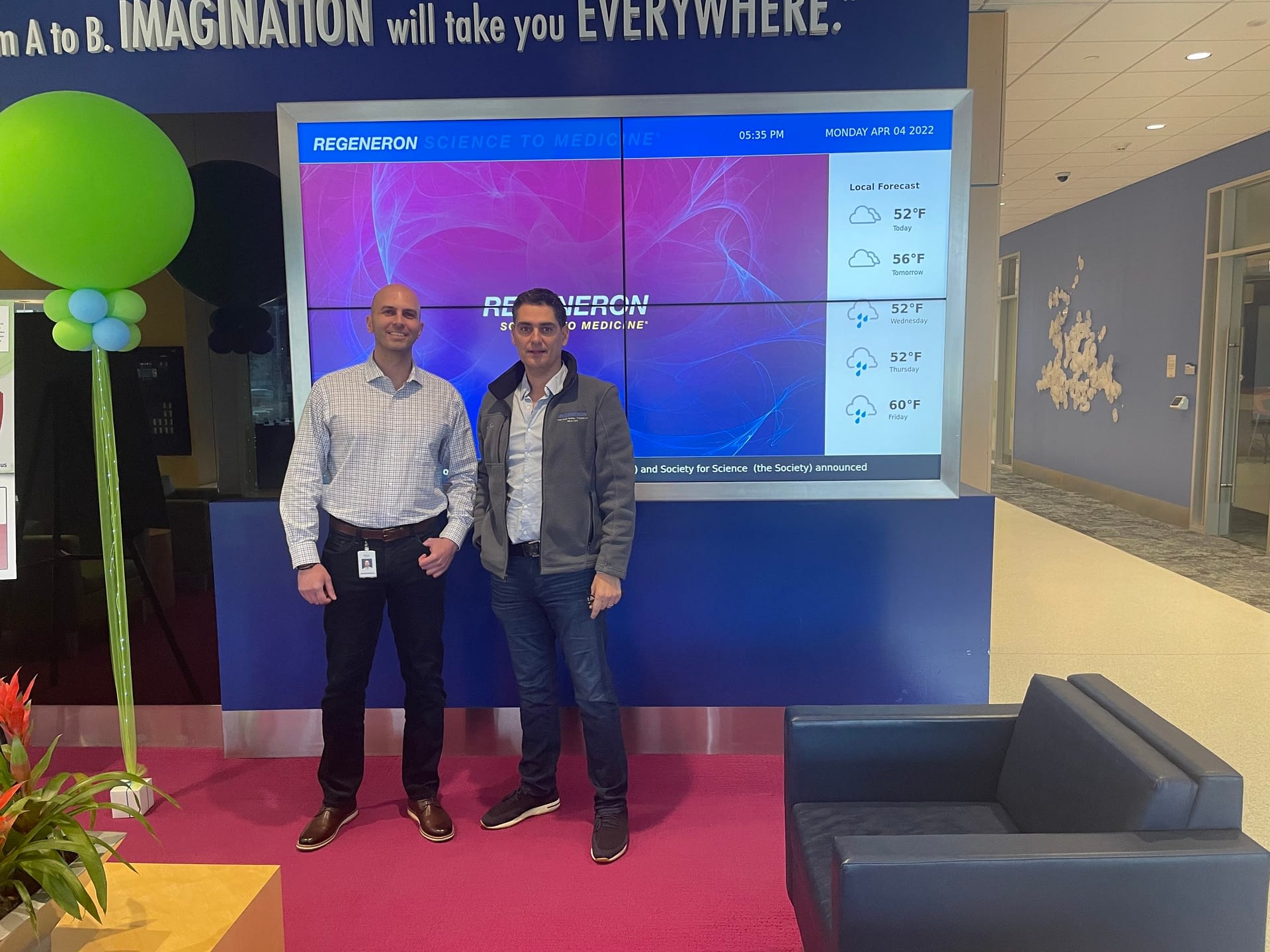 NEW YORK – Research from the Immunology & Inflammation department of the pharmaceutical company Regeneron was recently published in the prestigious scientific journal Nature Cancer and revealed the different identities that cells of the immune system acquire in the fight against cancer.

During cancer initiation and progression, cancer cells constantly interact with cells of the patient’s immune system. Although in the initial stages of the disease, the immune system keeps the cancer under control, once the effectiveness of the immune system declines, the disease progresses. The molecular mechanisms that transform effective immune cells into dysfunctional cells are poorly understood.

Researcher Dr. Nikos Kourtis and colleagues, under the direction of Dr. Dimitris Skokos, Senior Director of Cancer Immunology at Regeneron, mapped the molecular identities of immune cells in kidney cancer. By analyzing patient samples at the single-cell level, they profiled tumor-derived immune cells at multiple levels. Scientists have discovered great heterogeneity in the molecular identities of T cells, an immune cell population essential in the fight against cancer. “We understand for the first time and with unprecedented resolution, the different immune cell states in kidney cancer patients and why the immune system stops functioning effectively,” said Dr. Kourtis.

Remarkably, scientists have discovered that a molecular pathway that until now has been known to have a beneficial role in T-cell biology takes on a new function in cancer and leads to T-cell death. discovered molecular signatures that can predict the life expectancy of patients with kidney cancer. “Our study paves the way for precision medicine and patient selection for personalized therapies based on the molecular identity of the patient’s immune cells,” said Dr Skokos.

In this study, researchers have identified potential new mechanisms that lead to T-cell dysfunction during cancer progression. According to Kourtis and Skokos, these results could help design new drugs aimed at reinvigorating the immune system in the fight against cancer.

The Greek scientists spoke to the National Herald about their research.

Asked about their origins, where in Greece they grew up and studied, Dr Kourtis said: “I grew up in Athens and graduated from the biology department of the National and Kapodistrian University of Athens. Then I got my PhD at the Institute of Molecular Biology and Biotechnology (IMBB) and the University of Crete. Then I moved to the United States to continue my training as a postdoctoral fellow at New York University (NYU). In 2019, I joined Regeneron where I do cancer immunology research in Dimitris’ Cancer Immunology team.

Dr Skokos told TNH: “I was born in Athens, Greece. I obtained my PhD and MSc in Molecular Immunology from Institut Pasteur, University Paris 5, René Descartes School of Medicine, and my BSc in Cellular Immunology and Physiology from University Paris, France. Before joining Regeneron, I was a post-doc at Rockefeller University, working with Ralph Steinman (2011 Nobel Prize) and Michel Nussenzweig. I joined Regeneron in 2008 as a scientist and now I am senior director of cancer immunology. My team is responsible for developing the next generation of combination immunotherapeutic strategies, including costimulatory bispecific antibodies and other fundamental antibody drugs to treat cancer.

When asked if they were still interested in pursuing a career in science, Kourtis said, “I was always curious about the cause behind the sighting. Science keeps us excited 24/7 and I can’t imagine doing anything different. I am the first person in my family to go to university, but for my parents, my education has always been the top priority, so I owe them everything.

Skokos said: “The reason I chose a career in science and medical research was my curiosity about the development of human disease and the desire to find a cure in hopes of potentially saving the lives of patients. “

Asked about this specific research project, they told TNH, “We started working on this project just before the pandemic started. Despite the challenges we encountered along the way, the talent, drive, and commitment of Regeneron scientists enabled us to generate a large and meaningful dataset. We are very happy to share our findings with the rest of the scientific community.

Of the real-world implications of their research, they said, “The advancement and availability of single-cell technologies allow us to study with unprecedented resolution how immune cells fight cancer. In our study, we found that not all immune cells are equally effective at attacking cancer. By better understanding which patients may need a boost in their immune response, we may be able to design appropriate drugs to support the fight against cancer.