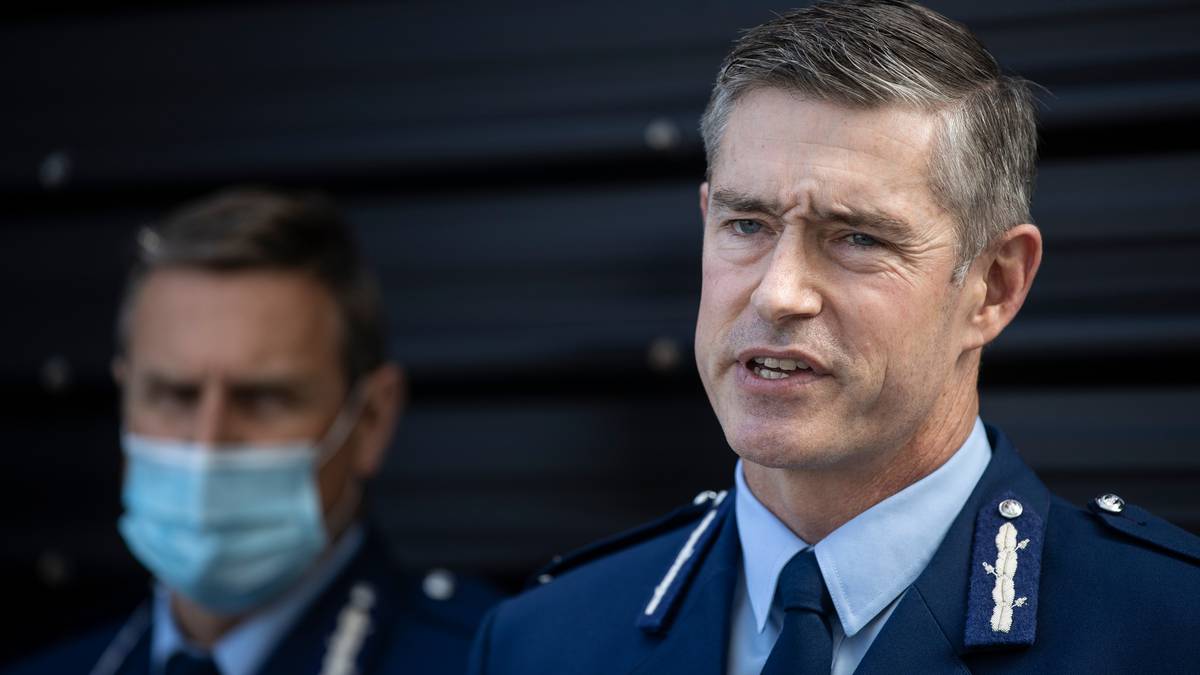 Police research: ‘Unconscious bias’ is a ‘scapegoat’ for not fighting racism

A top police research paper claims that the use of the term ‘prejudice’ has become a ‘scapegoat for not directly addressing racism’.

Police today released the document along with several other documents, outlining work done over the past year to study inherent bias, racism and the use of discretion in the force.

This follows years of debate about systemic racism within the police force, with Maori and Pasifika being disproportionately affected at all levels of the justice system.

The latest police data shows that, on a per capita basis, Maori are more than seven times more likely than Pākehā to side with the police force – a statistic repeated in several reports.

Even taking into account the prosecution of offenders, in 2020 Maori were 30% more likely to have force used against them.

Former police commissioner Mike Bush admitted there was “unconscious bias” within the police, and he put in place a series of strategies to address it.

However, he refused to use the term “racism”.

Coster told NZME today that part of the research is getting the terms and parameters right, because so far the debate has largely been ‘people talking to each other’.

The research is led by an independent panel of academics, researchers and community leaders and led by long-time justice reform advocate Tā Kim Workman.

The documents revealed no major findings, or even actions on how to address the issues. Two reviews of local and international research were completed, which informed the committee’s approach.

He said “a legacy of Eurocentrism, neoliberalism and white supremacy” had become a “central part of policing and the criminal justice system”.

“These negative impacts have shown that anyone who does not fit the colonial ideal of Pākehā hetero-patriarchy seems more likely to be harmed by New Zealand police.”

The authors acknowledged police efforts to increase workforce diversity, but called on marginalized and vulnerable communities to occupy high-level positions of power to “design and implement frameworks, policies and practices that reflect the current intersectional diversity of Aotearoa and to keep communities safe”. .

The authors say that by addressing the racism and historical trauma left by colonization within the framework and design of policing, policing by consent and legitimacy may be able to gain public acceptance. after a “period of responsibility”.

When asked if the police should stop using the term ‘unconscious bias’ and instead ‘racism’, Police Minister Poto Williams said that was up to the police themselves.

“For me, personally, as a Pacific person, I know we are disproportionately featured in the statistics.

“I applaud the work the police are doing, acknowledging that Maori and the Pacific are disproportionate in the system, and I think that’s a good thing.”

Maori Development Minister Willie Jackson, who has called police for racism in the past, said they have come a long way.

“They might not come out and say it explicitly, and I understand why.

“But I know that the former leaders accepted that and that’s why there has been, in my opinion, a change not only in the police, but in this relationship.

“Unconscious bias is a word that has been accepted, across the spectrum.

“Some of us are more direct. For people like me, it’s a lot clearer because, you know, we’ve seen racism. I’ve seen it all my life.

“I’ve admired the changes made by the various commissioners over the past few years, so no, I don’t see it being racist at all now.”

Coster said the research was important and was well received by staff.

“Normally [ the debate] it seems like some who care about how policing is done have a point of view, and then the frontline police have their point of view. »

It would be “difficult” but “vitally important for the police to say that we are able to enjoy the trust of our entire community”, he said.