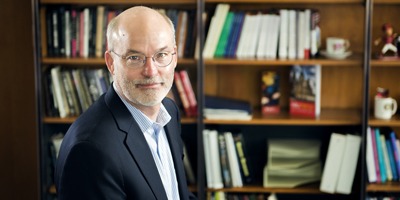 Gerald C. Blazey, a physicist whose impressive career at NIU spans a high-level joint appointment with Fermilab, a stint in President Obama’s administration, and seven years at the helm of the research enterprise from the university, plans to retire on June 30. 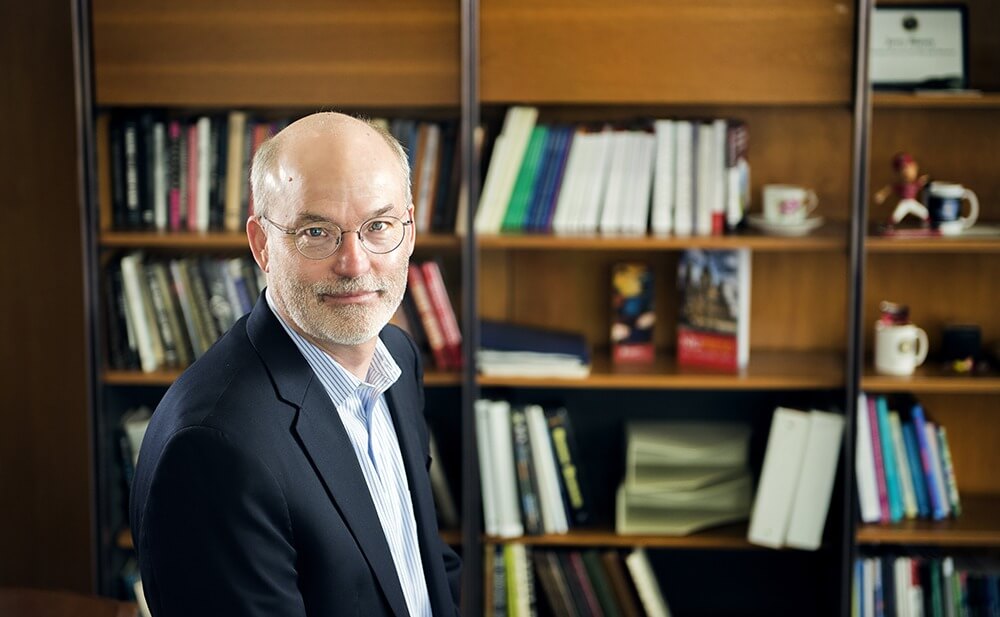 Blazey is currently Vice President for Research and Innovation Partnerships (RIPS). Following his announcement, NIU President Dr. Lisa C. Freeman said the university would conduct a nationwide search for Blazey’s replacement, guided by a search committee headed by the dean of the College of Liberal Arts. and Science, Bob Brinkmann.

“Dr. Blazey has been a key member of our NIU community for more than 25 years, and we are grateful for his camaraderie, outstanding work, and leadership in the Department of Physics, in Washington, D.C., and in our Partnerships Division of research and innovation,” Dr. Freeman said, noting that Blazey recently broke ground on the development of the planned $23 million Northern Illinois Center for Community Sustainability (NICCS).

“Fortunately, we will benefit from Jerry’s talents for another academic year,” President Freeman added. “In the meantime, I have every confidence in Dr. Brinkmann’s ability to lead our search for someone who will continue to build on the momentum created by Jerry, his team and our faculty.”

The RIPS Vice President plays a crucial role in advancing the university’s mission by supporting individual scholars and building teams and collaborations across units and with other institutions. The division has delivered exceptional growth in funding for sponsored programs. Non-COVID-19 sponsored funding grew nearly 40% over the past five years and 11% since last year, to more than $42 million.

The State of Illinois recently announced that it will begin the design phase of NICCS. The center is part of the Illinois Innovation Network (IIN), a group of state-funded research and innovation centers that are being developed and aim to drive economic growth in Illinois while tackling critical global issues. In addition to his stewardship role on campus with NICCS, Blazey serves as the inaugural chair of the Illinois Innovation Network Council, which coordinates collaboration among IIN members.

“The time has come for me and for the university,” Blazey, a fellow of the American Physical Society, said of his retirement announcement. “Our research and innovation ventures are growing, we’re making progress toward expanding our cross-disciplinary faculty collaborations, and we have the new NICCS center on the horizon. RIPS staff are extremely dedicated and collegial – they’re a great team. The next vice-president will have all the ingredients to take research and innovation to the next level.

A scientist specializing in high-energy particle physics, Blazey assumed his current role in May 2015. From 2011 to 2014, he served as a senior policy adviser in the Office of Science and Technology Policy of the Executive Office of the U.S. President. In this role, he helped draft President Obama’s budgets for the National Science Foundation and the U.S. Department of Energy (DOE) and also participated in initiatives around exascale computing and quantum physics. , as well as geopolitical issues. For the previous four years, he worked with the DOE Office of Science, where he served as Program Director of the International Linear Collider Program.

Prior to his intergovernmental staff assignments in Washington, DC, Dr. Blazey also had a distinguished career as a faculty member at the NIU. He came to NIU in 1996 after working at the Fermi National Accelerator Laboratory near Batavia. At NIU, he helped establish and served as co-director of the Northern Illinois Center for Accelerator and Detector Development, eventually leading the creation of an academic accelerator science and technology group that is one of the largest and most diverse in the country.

With support from NIU, Blazey served two terms as co-elected spokesperson for Fermilab’s international DZero collaboration, among the world’s first experiments in particle physics. His efforts contributed to important discoveries and helped establish techniques that laid the foundation for progress in the field of accelerator physics.

“A university is a fascinating and rewarding place to work, and I am extremely grateful for my years at NIU and the support the institution has given me throughout my career,” Blazey said. “I am also honored to have had the opportunity to work and collaborate with our brilliant and dedicated colleagues.”