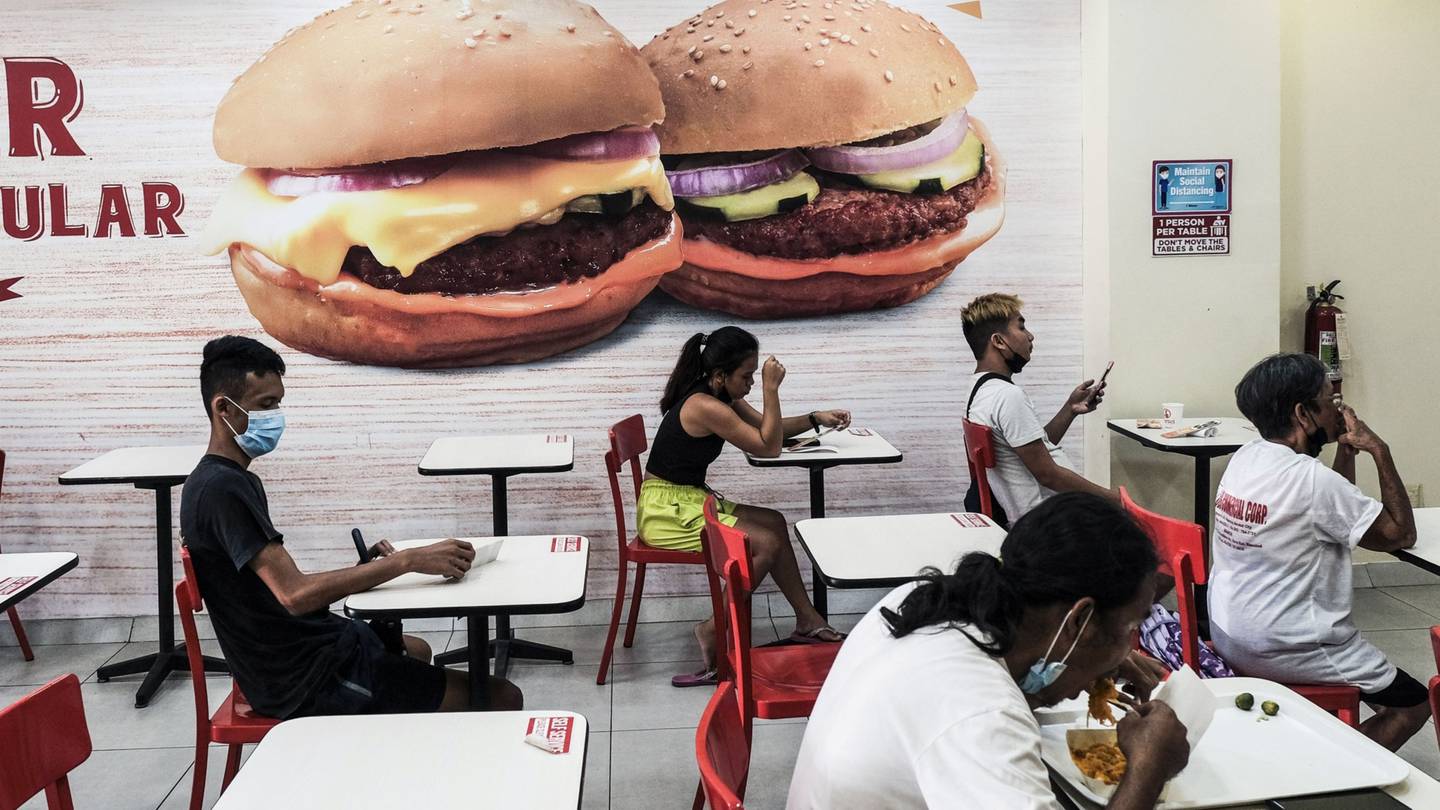 A study has shed light on the problem of obesity in the Gulf region, with young people accumulating problems for the future by gaining weight.

About a third of university students in the United Arab Emirates are overweight or obese, according to the research, and scientists have issued a warning that this rate is likely to increase as this generation ages.

Dr Mirey Karavetian, the study’s lead author, said the public had become accustomed to seeing overweight or obese people and considered large bodies to be normal.

“A healthy person is perceived as underweight because they are smaller than the majority, but this should be advocated,” she said.

This is critical, it is alarming, because ultimately weight and obesity have been linked not only to disease, but also to productivity.

Published in the journal Acta Biomedicathe study looked at the body mass index (BMI) – a measure of a person’s weight relative to their height – of 402 University of Sharjah students aged 18 to 25. Eighty-five percent were Arab.

The study found that men had “significantly higher BMI and body fat” than women, but concerns about shape and body image were higher among women.

Lack of exercise and unhealthy diets

Previous research found that about 16% of young people nationwide get the recommended amount of exercise.

However, the UAE is not uniquely affected by obesity, with many other countries in the region facing similar issues.

A regional review of data compiled by the World Obesity Federation at the end of 2020 found that in Saudi Arabia, 42% of women and 31% of men were obese.

In the United Arab Emirates, the figures were 31% for women and 25% for men.

The problem affects other countries in the Mena region, with no Arab country listed among the 35 healthiest countries according to the 2019 Bloomberg Global Health Index, which was based on factors such as obesity and levels of exercise.

Hidden calories in our favorite food – in pictures

Karak chai is a popular drink in the United Arab Emirates, but not all drinkers may be aware of its high calorie content. Reem Mohammed / The National

Sedentary, car-driven lifestyles and unhealthy diets, including the popularity of fast food, are often blamed for high rates of obesity.

Dr Karavetian, who was an associate professor at Zayed University in Dubai when the data was collected but is now at Metropolitan University of Toronto in Canada, said rates of people who are overweight or obese will rise as that the generation would grow old.

“They would have office jobs to do, have stressful lifestyles, take care of their families. All of this increases the tendency to gain weight,” she said.

The study was based on data collected in 2019 but published this month. Title Lean body mass and perceived body image among young people in the United Arab Emiratesit is co-authored with eight researchers from the University of Sharjah.

“It is the main public health problem, not only in the United Arab Emirates, but in many Gulf countries and in the United States. It’s a global problem, but in the UAE in particular, it’s the number one risk factor,” he said.

Caution advised when exercising outdoors in hot weather – in pictures

Some runners continue to take to the streets in the late morning afternoon even as temperatures reach 40C or higher. Pawan Singh / The National

Risk for the health

Dr Ali said obesity is a cause of diabetes, many types of cancer, heart disease and hypertension or high blood pressure. About two-thirds of the UAE’s population is overweight or obese, he said.

Some other more distant countries have problems of a similar magnitude to those reported in the Gulf. In Mexico, for example, about 73% of the population is overweight or obese, according to figures from the Organization for Economic Co-operation and Development.

Dr Karavetian said the effects of being overweight or obese extend beyond the health problems experienced by an individual person.

“It’s critical, it’s alarming, because ultimately weight and obesity have been linked not just to disease, but to productivity,” she said.

“As a country, it will be very critical, because young people will become the next generation to lead the country. Overweight and obese people have more absences, less productivity, they will cost a lot more in health care and they will take a lot more drugs.

“The economy suffers if you don’t make sweeping changes to your health care and health promotion.”

Dr Karavetian said the number of people who are overweight or obese could be reduced by university interventions such as efforts to increase physical activity or compulsory courses to promote healthy lifestyles.

The United Arab Emirates has introduced measures to discourage the consumption of unhealthy food and drink, such as the 50% tax on soft drinks and the 100% tax on energy drinks introduced in 2017.

From 2020, the 50% tax has been extended to sugary drinks. But many countries find it difficult to achieve change.

“There are very few countries that have managed to reduce obesity levels over time. There is no clear evidence that interventions are effective,” Dr Ali said.

Adults are more aware of their health

More and more adults are now taking their fitness seriously as new initiatives are launched in the Emirates.

A program designed to “encourage” older people in Abu Dhabi to exercise more has led some people to more than triple the time they spend being active each day.

The Forever Fit program, developed by NYU Abu Dhabi’s Center for Behavioral Institutional Design, has been successful in encouraging less active seniors to exercise an average of 15 minutes a day, three times more than before.

Exercise helps lower blood pressure by reducing the stiffness of vessels so that blood can flow through the body more easily. Victor Besa / The National