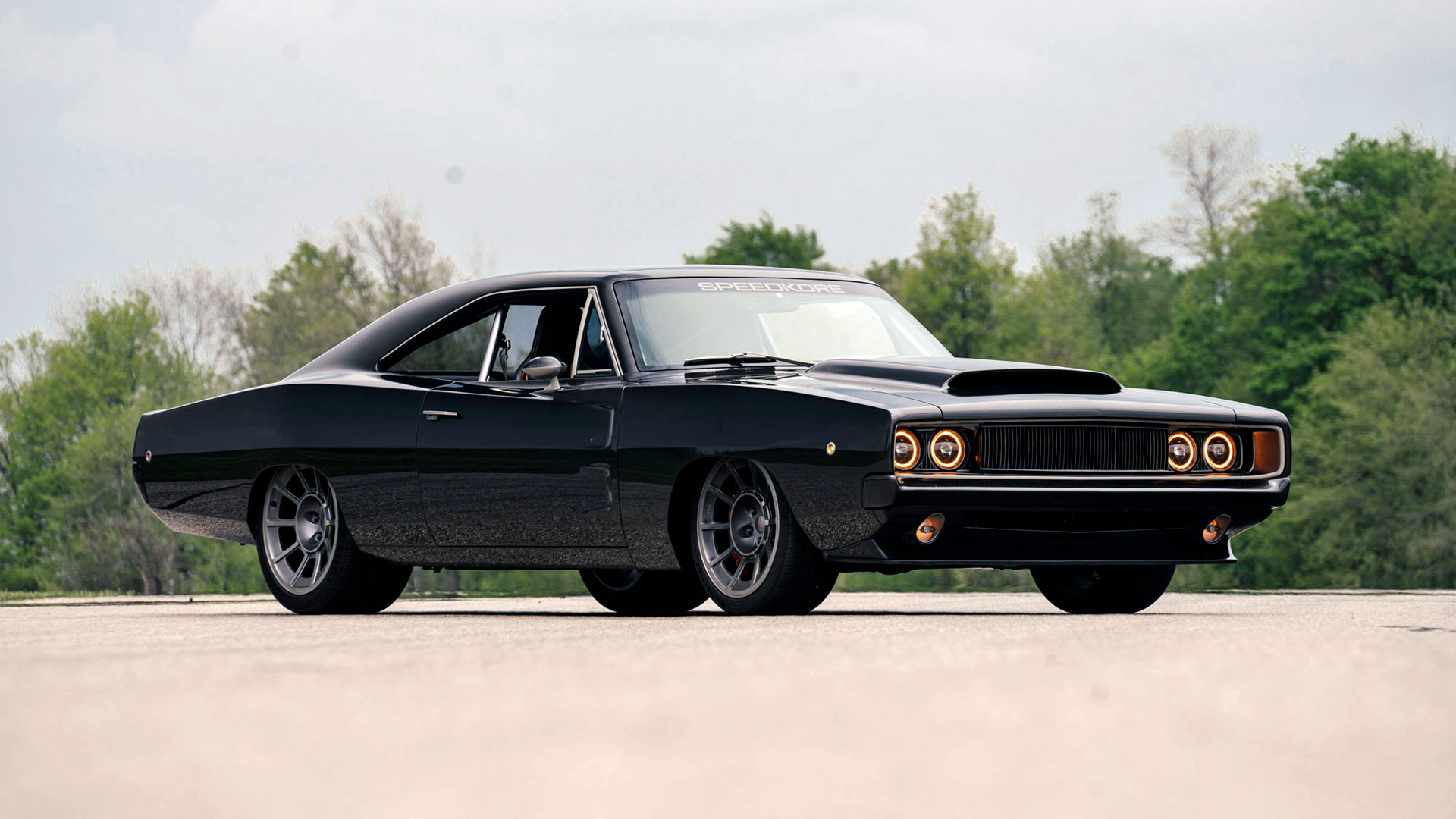 SpeedKore, the Wisconsin-based performance company, has created another amazing classic Dodge Charger with a huge engine.

The formidable machine was built for Ralph Gilles, the current Design Director of Stellantis. This meant that Gilles had a direct hand in working with SpeedKore to perfect the Hellucination design.

Light in weight, heavy in power

SpeedKore has fitted Hellucination with the supercharged 7.0 liter Hemi V-8 ‘Hellephant’ engine, delivering a formidable 1,000 horsepower. This uses a modern eight-speed automatic transmission to send all that power to the rear wheels.

However, the star of the show is the carbon fiber body, with the lightweight material used for the floor and wheel wells.

Sit down and buckle up!

All carbon fiber exterior trim is left exposed, covered in a BASF clear coat. More carbon can be found inside Hellucination, having been used for the dashboard and door panels.

This classic Charger has been transformed into a two-seat machine, with a pair of carbon fiber bucket seats fitted with racing harnesses.

New dash gauges were provided by Classic Instruments, with SpeedKore adding a custom center console. For a touch of luxury, a 2000 watt Kicker sound system was fitted, complete with a dual subwoofer enclosure.

A study in design details

After seeing the finished car, Ralph Gilles commented: “I have really enjoyed the process with SpeedKore over the past two years, working together and thoughtfully debating the countless details of this build”.

Gilles added: “Growing up, watching a certain orange car do amazing things on TV, when I was a kid, I started a love affair with the Dodge Charger and Mopar. The ’68 embodies so many fascinating details and perfectly amplifies the Dodge philosophy. We still use it as a spiritual reference to this day when designing the next generation of performance cars.

“The car is as visceral to drive as it is to look at. It has delightfully precise steering and an abundance of lateral grip that allow me to really put it through its paces.

Australia will put the Ford F-150 in right-hand drive

Satellites and drones could help save pollinators, research suggests