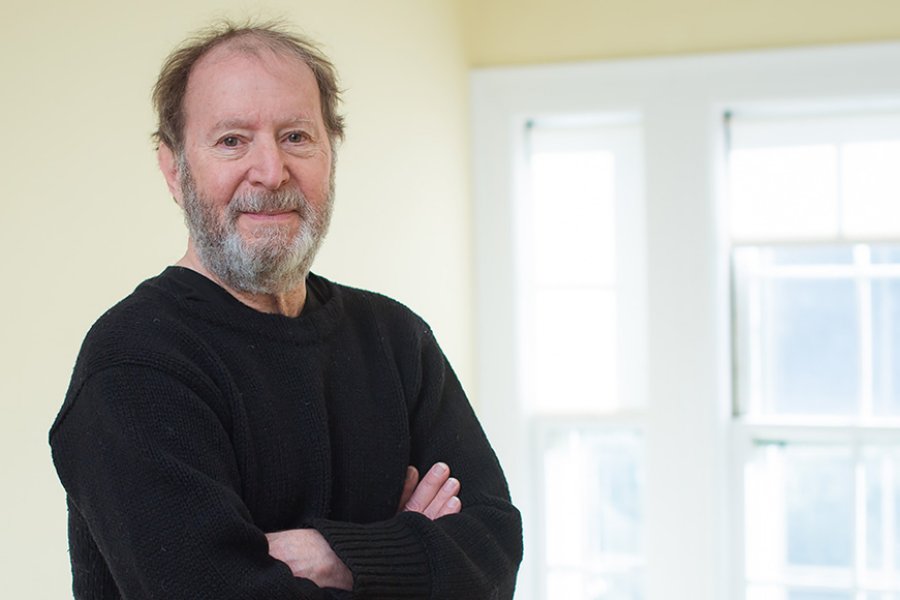 “One of the things I’ve learned is that doing good science isn’t so much about finding the answers, it’s about figuring out what the important questions are.”

As Martin Greenwald retires from his responsibilities as Principal Scientist and Deputy Director of the MIT Plasma Science and Fusion Center (PSFC), he reflects on his nearly 50 years of scientific study, 43 of which as a researcher at MIT, pursuing the question of how to make carbon-free fusion power a reality.

Most of Greenwald’s important fusion questions began after he graduated from MIT with a BS in physics and chemistry. Starting graduate school at the University of California, Berkeley, he felt compelled to learn more about fusion as an energy source that could have “real societal impact.” At the time, researchers were exploring new ideas for devices capable of creating and confining fusion plasmas. Greenwald worked on Berkeley’s “alternative concept”, TORMAC, a toroidal magnetic cusp. “It didn’t go very well,” he laughs. “The first thing I was known for was doing the measurements that stopped the program.”

Believing that the temperature of the plasma generated by the device would not be as high as his group leader had expected, Greenwald developed hardware capable of measuring the low temperatures predicted by his own “calculations from the back of the envelope”. As he had expected, his measurements showed that “it was not fusion plasma; it was not confined plasma at all.

With a doctorate from Berkeley, Greenwald returned to MIT for a research position at the PSFC, attracted by the “esprit de corps” of the center.

He arrived in time to participate in the latest experiments on Alcator A, the first of a series of tokamaks built at MIT, all characterized by compact size and equipped with high-field magnets. The tokamak design then became favored as the most efficient way of fusion: its donut-shaped vacuum chamber, surrounded by electromagnets, could confine the turbulent plasma long enough, while increasing its heat and density, so that the fusion happen.

Alcator A showed that the energy confinement time improves with increasing plasma density. MIT’s next device, Alcator C, was designed to use higher magnetic fields, bolstering expectations that it would achieve higher densities and better confinement. To achieve these goals, however, Greenwald had to pursue a new technique that increased density by injecting pellets of frozen fuel into the plasma, a method he likens to throwing “snowballs in hell”. This work was notable for creating a new and improved plasma confinement regime on Alcator C. In these experiments, a confined plasma for the first time exceeded one of Lawson’s two criteria – the minimum value required for the product of plasma density and confinement time – to produce net energy from fusion. It had been a milestone for fusion research since their publication by John Lawson in 1957.

Greenwald went on to make a name for himself as part of a larger study of the physics of the Compact Ignition Tokamak – a high-field burning plasma experiment that the US program proposed to build in the late 1980s. The result, unexpectedly was a new scaling law, later known as “Greenwald’s density limit”, and a new theory of the limit mechanism. It has been used to accurately predict the performance of much larger machines since built.

The center’s next tokamak, Alcator C-Mod, began operations in 1993 and operated for more than 20 years, with Greenwald heading its experimental program committee. Larger than the Alcator C, the new device supported a highly formed plasma, strong radio frequency heating, and an all-metal first wall facing the plasma. All of these would eventually be needed in a fusion power system.

C-Mod proved to be MIT’s longest-lasting fusion experiment to date, yielding significant results for 20 years. During this time, Greenwald contributed not only to the experiments, but also to the mentoring of the next generation. Researcher Ryan Sweeney notes, “Martin quickly earned my trust as a mentor, in part due to his often casual attire and slightly untamed hair, which epitomizes his transparency and focus on what matters. He can quiet a PhD room and demand attention not out of intimidation, but rather out of his calmness and ability to clarify complex issues, whether scientific or human in nature.

Greenwald worked closely with the group of students who, in the class of PSFC director Dennis Whyte, came up with the tokamak concept that evolved into SPARC. MIT is currently pursuing this compact, high-field tokamak with Commonwealth Fusion Systems, a startup born out of collective enthusiasm for the concept and growing awareness that it could work. Greenwald now leads the physics group of the SPARC project at MIT. It helped confirm the physical basis of the device to predict performance and guide engineering decisions.

“Martin’s multifaceted talents are perfectly embodied and imprinted by SPARC,” says Whyte. “First, its leadership in validating and publishing the physics of plasma confinement places SPARC on a solid scientific footing. Second, the impact of the density limit he discovered, which shows that fuel density increases with magnetic field and decreases in tokamak size, is key to achieving high fusion power density not only in SPARC , but in future power plants. Third, and perhaps most impressive, is Martin’s mentorship of the SPARC leadership generation.

Greenwald’s expertise and laid-back personality made him an asset as PSFC Office Manager for IT Services and Group Leader for Data Acquisition and IT, and sought after for many professional committees. He has been a member of the APS since 2000 and was APS Distinguished Lecturer in Plasma Physics (2001-02). He also received a 2014 Leadership Award from Fusion Power Associates. He is currently associate editor for Plasma physics and member of the Lawrence Livermore National Laboratory’s Physical Sciences Branch External Review Committee.

Although he is stepping down from his full-time responsibilities, Greenwald will remain at MIT as a visiting scholar, a role he says will allow him to “poke into everything without being responsible for anything.”