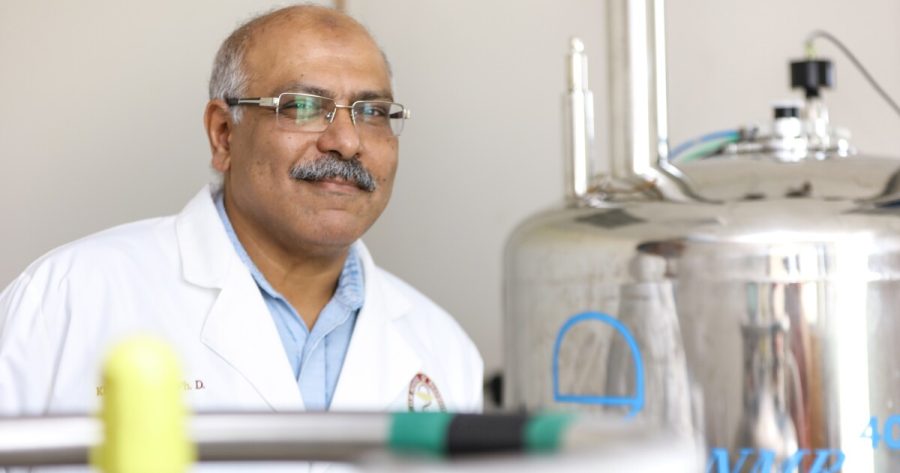 This is why ULM researchers are trying to find a new method of fighting prostate cancer.

The research is led by Khalid El Sayed, professor of medicinal and natural product chemistry at the School of Basic Pharmaceutical and Toxicological Sciences of the Faculty of Pharmacy.

El Sayed was recently approved for a grant from the National Institutes of Health.

Researchers are trying to find a way to use pseurotin A to fight prostate cancer. Pseudotin A is a product present in a mushroom.

Researchers ferment a mushroom in a flask, which produces a strangely colored liquid. Then, through a series of steps, they separate the target compound into test tubes. Each time, the liquid becomes clearer.

Their goal is to produce the purest form of pseurotin A possible, which could then be used to fight recurring prostate cancer.

Among American men, prostate cancer is the most common cancer and the second leading cause of death.

If there are still a small number of cancer cells in the body, there is still a risk of recurrence even after treatment – this may be in the original location or in a new location. According to Johns Hopkins Medicine, about 20 to 30 percent of men will relapse after the five-year mark of initial treatment.

“It is difficult to design a recurrence deterrent because the mechanism of recurrence is not fully understood,” El Sayed said. “Many patients die from the chemotherapy chemical used to treat tumors.”

El Sayed applied for the grant after his research team invented a new model of cancer recurrence by treating laboratory mice with pseurotin A.

The results were so fruitful that El Sayed decided to apply for the grant to continue the research.

El Sayed said that of all the grants received by the NIH this cycle, the agency considers this one of the most important in terms of practical implementation and expected results.

However, there is still a long way to go before the treatment is tested in humans.

El Sayed does not expect to see this research project applied in clinical practice for at least five years.

If the research continues to show promise, follow-up grants through the NIH are possible.

“Each project is very expensive,” El Sayed said. “My job is to obtain more funding to continue research into quality natural products at ULM.”

Searca strengthens the research skills of HEI researchers and professors