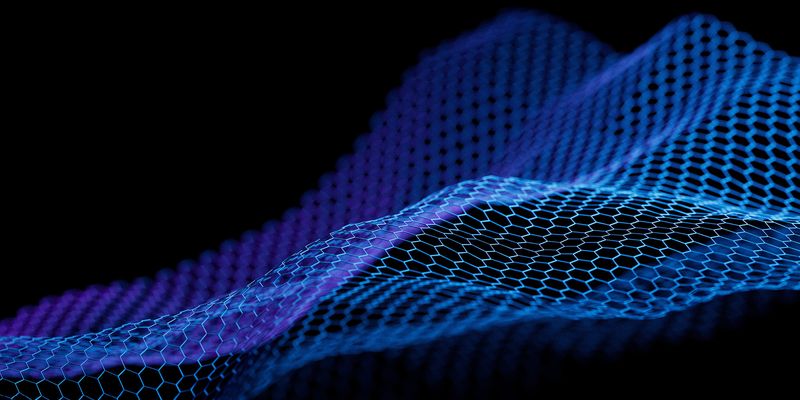 If you apply enough heat to a material, at some point most things will melt, just like ice cream on a hot summer day.

Engineers rely on this knowledge daily. Knowing the exact melting temperatures is a critical parameter for the construction of any high performance material. From bridge construction and safety to gas turbines and jet engines to aircraft heat shields, it all hinges on knowing the performance limits of materials. Materials are often synthesized or processed in a molten or liquid state, so knowledge of fusion is essential to making new materials.

Move into the field of Earth and planetary science, and melting points are used to reveal clues to Earth’s past and the characteristics of planets in our solar system and distant orbiting exoplanets.

But measuring the melting point of a compound or material is a daunting task. This is why, of the more than 200,000 estimated inorganic compounds, less than 10% of their melting temperatures are known.

Melting temperatures are often measured after carefully calibrating crystal structures or plotting thermodynamic free energy curves as a material melts, creating a phase change from solid to liquid. This is analogous to the melting of solid ice to form liquid water. But when high-temperature materials exceed 2,000 or 3,000 degrees, finding an experimental chamber to perform the measurements can be a challenge. And sometimes rocks contain complex mixtures of minerals not much larger than a grain of sand, so getting enough samples of a single mineral can also present a challenge. Materials synthesized under extreme conditions of high pressure and temperature are often only available in very small quantities.

“We are using machine learning methods to fill this gap by creating fast and accurate mapping of the chemical formula at the melting temperature,” said Hong, assistant professor in
the School of Material, Transportation, and Energy Engineering, within the Ira A. Fulton Schools of Engineering.

“The model we have developed will facilitate the analysis of large-scale data involving melting temperature in a wide range of fields. These include the discovery of new high temperature materials, the design of new extractive metallurgy processes, the modeling of mineral formation, the evolution of the Earth over geological time and the prediction of the structure of exoplanets.

Hong’s approach allows the calculation of melting temperatures in milliseconds for any compound or chemical formula input. To do this, the research team built a model from a neural network architecture and trained their machine learning program on a custom database comprising 9,375 materials, of which 982 compounds have temperatures of melting above 3,100 degrees Fahrenheit (or 2,000 degrees Kelvin). Materials at this temperature glow white.

For the most part, there has been a gradual decrease in the calculated melting temperatures of minerals identified on Earth with more recent time, with two major exceptions.

“The gradual global decrease in the melting temperature of minerals formed over Earth’s history is interrupted by two anomalies, which are markedly pronounced in the mean and mean melting temperatures using binning 250 or 500 years ago. million years,” said Navrotsky, a professor at ASU with co-ed faculty. appointments to the School of Molecular Sciences and the School of Matter, Transport and Energy Engineering and Director of MOTU, the Navrotsky Eyring Center for Materials of the Universe.

The first anomaly in Earth’s early history came from a dramatic temperature spike caused by a frightening and dynamic period of major meteor impacts, including the possible formation of the Moon.

“The peak at 3.750 billion years ago correlates with the proposed timing of the late intensive bombardment, assumed exclusively from lunar sample dating and currently being debated,” Navrotsky said.

The team also noticed a sharp drop in mineral melting temperatures around 1.75 billion years ago.

“The trough of 1.750 billion years ago is linked to the first known occurrences of a large number of hydrated (water-bearing) minerals and correlates with the Huronian glaciation, the longest ice age considered to be the first time the Earth was completely covered in ice.

With their machine learning program trained to successfully replicate the melting of minerals early in Earth’s history, the team then focused on finding new materials with extremely high melting temperatures. Dozens of new materials are identified and predicted by calculation to have extremely high melting temperatures above 5,000 degrees Fahrenheit (3,000 Kelvin), more than half the temperature of the Sun’s surface.

The team made their model simple and reliable enough that any user could get the melting temperature in seconds for any compound based on its chemical formula alone.

“To use the model, a user must visit the web page and enter the chemical compositions of the material of interest,” Hong said. “The model will respond with a predicted melting temperature within seconds, as well as the actual melting temperatures of nearest neighbors (i.e. most similar materials) in the database. Thus, this model serves not only as a predictive model, but also as a textbook of melting temperature.

– This press release was provided by Arizona State University